Russell Reece has had stories and essays published in Memoir(and), Crimespree Magazine, Delaware Beach Life, Sliver of Stone, The Fox Chase Review and other print and on-line journals. His work has also appeared in anthologies including Remembrances of Wars Past: A War Veterans Anthology. Russ is a University of Delaware alumnus. He lives in Bethel, Delaware in rural Sussex County along the beautiful Broad Creek.
Posted by Mark Hummel at 9:46 AM No comments:

Anthony Santulli is a New Jersey born writer currently attending Susquehanna University. His recent work has appeared or is forthcoming in Extract(s), The Review Review, the delinquent, The Postscript Journal, Bartleby Snopes, Literary Orphans, and decomP.
Posted by Mark Hummel at 10:07 PM No comments: 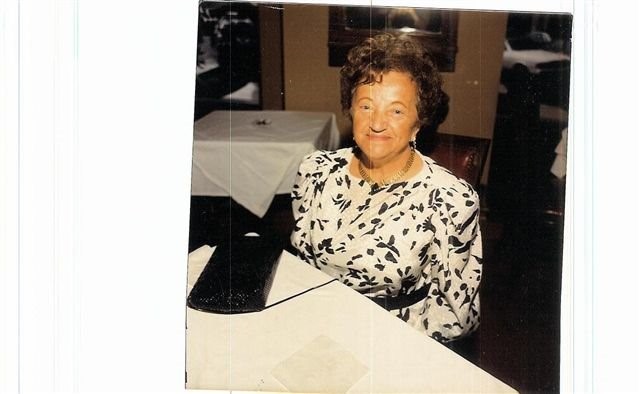 if the force of the words could infuse her with some power. A lifetime of unsaid “I love you’s” sail up into the air and burst like so many bubbles. But she doesn't wake, and her eyes remain shut, speechless. Sometimes, I wonder if I’ll have the heart to leave her, the strength to return. But, of course, I do—I must.

As I look through the window past the front yard into the parking lot where cars are neatly lined in rows, I suddenly remember that I have to get back home. Charlie will be home soon, and he will need a ride to Hebrew school, Brad will be calling for a ride from basketball practice, about thirty student essays needed grading, and a stop has to be made at the butcher shop if there is to be any supper tonight.
I begin to button my coat, and as I bend down to place one last kiss on the forehead of the sleeping woman, suddenly my body is gripped by an old fear. When I leave, no one will know her. No one will know my mother.

Shirley Russak Wachtel is a college English professor living in New Jersey.  She holds a Doctor of Letters Degree from Drew University. She is the author of a book of poetry, In the Mellow Light, several books for children, and a series, Spotlight on Reading, a college-level text. Her personal essays have been published in The New York Times OpEd section. Her short stories and poems have appeared in Middlesex, Haiku Journal, emerge, Leaves of Ink, Whisper, and other literary journals. Her memoir, My Mother’s Shoes, follows her mother’s journey during the Holocaust and as a new citizen in America. “When She Sleeps” is the introduction to My Mother’s Shoes.
Posted by Mark Hummel at 10:02 PM No comments:

It is that delicate time, when bones are stretching and knees go knobby, the body all elbows and a boy’s heart is suddenly nesting in a body trying to be a man. This is fifteen, when the willow of my body leans toward other boys and men who smell of salt that summer on Hampton Beach.

Oh, I chisel out words with my foot on the beach, and Peace signs. I read graffiti of other boys, spray painted on the inside curl of the sea wall, and we all think we are as deep as the curl of our letters that match our running legs, when the waves lap, lap, lap, as the tongue of the tide lashes our legs.

I sneak one night, away from the trailer of women, where my Mom, sisters and cousins giggle and squawk over the fanleaf of fan magazines. I pause to watch the white lip of the surf. Colin is sitting on the sea wall, cross-legged, his goatee shadowing his chin. His long curls blow soft and fringed with the streetlight.

The sea acts more itself at night, he says and the meeting of our eyes is the handshake that seals our friendship and ushers me a summer later to a lake in Maine.

One night, his Aunt Liz and her boyfriend are beyond silly drunk in their trailer and we slip out, barefoot. My soles are pinched by tree roots, and we wear haloes of mosquitoes until the pfffssst of bug spray.
We launch the boat, Colin and I, onto the dark lake, and tumbling in I see the shadow of Colin’s arms like tree roots, snaking their stroke as he rows us out into the valley of water that looms beneath us. That stillness cracks with the creak of oar lock and the plip plop plip of the oars, easing the boat along until we drill a hole in the center with the drop plunge of anchor, waiting for the surface to mirror back the sky.

There, he murmurs, is Cassiopeia, and he points at the stars in the water, and I repeat the word like a litany. Cassiopeia. And here is Orion. The Pleiades. The names coat my tongue with the milk of their meaning, and after I learn them, he bids me look up, up, up at the darker lake in which the stars are really nesting.

The Big Dipper, The Drinking Gourd, the Shopping Cart, pour the night over me these, many years, many summers later, and shimmer with what I did not do that night, which was kiss the man whose eyes reflected my longing back at me.