The Way Woody Tells It

Reflections of My Mother 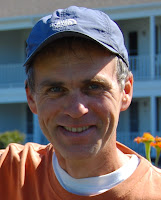